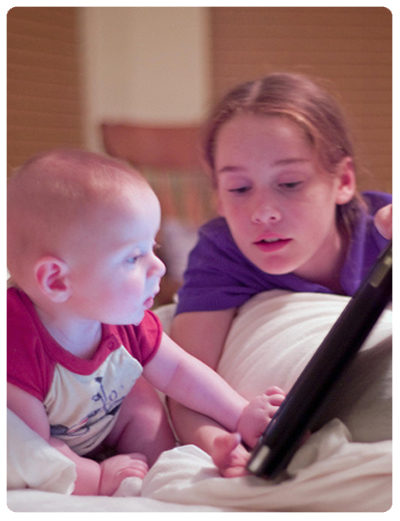 Children’s Consumption of Digital Media On The Rise

About 80% of children between the ages of 0 and 5 who use the Internet in the United States do so on at least a weekly basis, according to a report released Monday from education non-profit organizations Joan Ganz Cooney Center and Sesame Workshop.

The report, which was assembled using data from seven recent studies, indicates that young children are increasingly consuming all types of digital media, in many cases consuming more than one type at once.

Television use dwarfs internet use in both the number of children who surf the web and the amount of time they spend on it. The analysis found that during the week, most children spend at least three hours a day watching television, and that television use among preschoolers is the highest it has been in the past eight years. Of the time that children spend on all types of media, television accounts for a whopping 47%.

Heavy television viewing may even be partially responsible for the rising number of children who use the Internet. Parents in one study indicated that more than 60% of children under age three watch video online. That percentage decreases as children get older (the report suggests this is because school-age children have less time at home), but even 8- to 18-year-old children reported in another study that they consume about 20% of their video content online, on cellphones, or on other portable devices like iPods.

The report doesn’t attempt to solve the more-than-decade-old debate of whether all of this screen time is good for children. Instead, it preaches balance: “My mother used to say that too much of anything isn’t good for you, whether it be eating only protein, shooting hoops all day or ‘always being connected’ to the digital world,” said Dr. Lewis Bernstein, executive president at Sesame Workshop, in a press release.

It does, however, point out that time spent in front of books remains constant even as screen time increases.

About 90% of 5- to 9-year-olds who participated in a 2008 Sesame Workshop study reported spending at least an hour every day reading old-fashioned, physical texts.

Update: Though not included in the original report, Sesame Workshop has clarified that 23% of parents of children between ages 0 and 5 say these children use the Internet. Of that percentage, 82% use it on a weekly basis.